Step back to 1909 when young Sir Geoffrey De Havilland had a dream of taking to the skies one of the greatest aircraft of all time … the open cockpit, biplane TIGER MOTH. 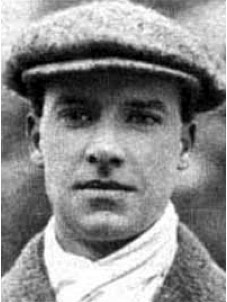 On a crisp December day in 1909 a 27 year old motor engineer sat amidst the spars, struts and piano-wire braces of a strange twin-prop biplane he had designed and built. In the plane, that was perched on top of a hill on the Hampshire downs, sat the pilot dressed in a neat high-breasted suit and a tall white collar. Suddenly the engine sprang to life and the two propellers mounted behind the wings thrashed into the air.

Then an associate at the rear began pushing and the apparatus, looking more like a box kite than a plane, began to move. It trundled, downhill for forty yards and leaped into the air. With the pilot struggling with the control stick and the man on the ground holding his breath it climbed steeply for thirty-five yards. Then it crashed. The pilot hauled himself out unhurt, except for bruises and scratches, and began salvaging the motor from the wreck.

Thus the aircraft’s pilot, Geoffrey de Havilland, one of the great pioneers of aviation, received his first flying lesson. In a lifetime of hair-raising aviation pioneering, Geoffrey de Havilland’s career spanned the whole history of flying, from box kites to the complete missiles of today.

A shy, gaunt genius, de Havilland drove and hustled his way to mastery of the air. Born in 1882, the son of a country parson, Geoffrey de Havilland was always mechanically minded. In his late teens he scorned the usual university education with emphasis on the arts and went off to an engineering school.

In the backyard of his home he built himself a handmade motor cycle that was so efficient it won him a job in a motor works designing buses. Then came the first flights of the Wright brothers and the French aerial pioneers. Young Geoffrey de Havilland became a man possessed with aviation fever. He married in 1907 and soon infected his wife, Louie, with his enthusiasm.

In the summer of 1908, he went to Oxford and persuaded his grandfather to give him 1000 to build a flying machine. It was money he would have received as a legacy on the old man’s death. Back in London, de Havilland threw in his job, and with a young mechanic, Frank Hearle, set about building a plane out of wire, wood and linen. It was powered by a 45 h.p. engine.

Even Mrs. de Havilland took a part in the construction for she was given the job of stitching every seam in the stiff linen cover for the wings. The plane was finished late in 1909 and de Havilland and Hearle took it to the Hampshire downs. There, for days on end, they battled to get it airborne.

Each time the motor roared into life, Hearle heaved from behind then threw himself on the ground as it sped forward to see if there was a crack of light between the wheels and the grass. Finally, came the December day when they took the dangerous step of sending the 800 lb craft running down a steep hill.

This time it took off and flew, even if it was a wreck thirty-five yards farther on. But, that did not deter de Havilland who immediately began rebuilding. His new machine was stronger and simpler with only one propeller. Six months later, back at the same fateful spot on the Hampshire downs, de Havilland and his second plane learned to fly together.

But by this time, his grandfather’s 1000 had gone and there seemed no commercial prospects in plane building. So, de Havilland took a job at the Army Balloon Establishment at Farnborough as a pilot-designer. Hearle went with him as a mechanic. Later when the army decided to turn from balloons to aeroplanes, de Havilland and Hearle produced some of Britain’s first military machines.

Their first effort was the DH2 (his own machine had been DH1) and was a primitive affair with no windscreen, no brakes and no proper throttle. Nevertheless, when World War I broke out hundreds of the DH2 model operated over the Western front.

They could climb to 14,000 feet, had a top speed of 93 m.p.h., fought vicious early aerial battles and survived the most violent manoeuvring without breaking up. Later, de Havilland produced numerous improved machines, notably the DH4 and DH9 which were the work horses of the Allied air forces.

Altogether 33 per cent of Allied air strength and 95 per cent of all American wartime production were planes designed by de Havilland. Always, de Havilland’s approach to design was simple and direct. “I like a thing to look right,” he once said. “If it does not, although I may not be able to prove it wrong scientifically, I have often found out later that it is”.

With World War I over, de Havilland founded the aircraft company which now bears his name and has offshoots operating in Australia, Canada, Africa and New Zealand, with a total of nearly 40,000 employees. His first production premises were two rented sheds and a paddock which served as an aerodrome at Hendon’s Stag Lane, north of London.

The company’s initial capital was about 1800. De Havilland was technical director and Frank Hearle took charge of administration. Business, at first, was slow. To keep going de Havilland advertised a brand of gin in lights under the wings of his planes, dusted crops from the air with insecticide and ran an aerial taxi service for newspaper photographers.

Then in 1925 he built the first of his famous Moths. It was a light, inexpensive Model T of the skies and immediately caught on as the ideal plane for the private owner. By 1928, a Moth had flow to Cape Town and back, and Lady Bailey had flown one solo 18,000 miles around Africa.

De Havilland himself, with his wife as passenger, established an altitude record of 19,980 feet in a Moth. In 1930, Amy Johnson fired the world’s imagination by flying her little Gypsy Moth to Australia in 19 ½ days. Her future husband, Jimmy Mollison, did the homeward trip in another Moth in 8 days 21 hours.

Then came further development with the Puss Moth. Amy Johnson flew one to Tokyo and back, and Mollison and Bert Hinkler both used it to span the Atlantic. The year 1934 saw the great MacRobertson London-to-Melbourne Air Race. De Havilland poured out a fortune building his revolutionary Comet which was entered by W.A. Scott and Campbell Black.

The first British plane to be designed around the combination of retractable undercarriage, wing flaps and variable pitch propeller, it proved its worth by leading the field into Melbourne in the then amazing time of 71 hours. Commercial aviation died in Britain with World War II, so de Havilland switched to war production of the Tiger high-speed, general purpose Mosquito aircraft.

A twin-engined fighter-bomber built of wood, because the Government could give him no steel, the Mosquito became the sensation of the R.A.F. Altogether, 7781 Mosquitoes were built in Britain, Canada and Australia. The basic Mosquito airframe was adapted to over 40 different variants covering just about every type of aerial work.

As a bomber, the Mosquito was 100 m.p.h. faster than a Flying Fortress and could carry half a ton more bombs than the American giant. The Mosquito was the fastest plane in the war until 1944. It was so fast it could even overtake the rocket bombs, and in one nightmare period of 60 days, Mosquito pilots shot down 600 of them.

Altogether, Geoffrey de Havilland built 23,000 war-time planes. He received a knighthood for his services. With the end of the war de Havilland turned to jets. He built the Vampire, the first to exceed 500 m.p.h., and then produced the experimental DH103.

His son, Geoffrey, took over testing of the DH108 and in its first cautious trials it behaved beautifully. Gradually, the test pilot increased speed. But at that time in 1946, neither de Havilland, his son or anyone else knew anything about the invisible wall in the sky now called the sound barrier. Unsuspecting young Geoffrey de Havilland increased speed as he tested the DH108. Just ahead was the sound barrier which could destroy a plane not designed to pierce it. There came an evening over the de Havilland airfield when Geoffrey and the DH108 hit the speed of sound. The plane disintegrated and the pilot’s body was not found for ten days.

De Havilland did not go near his plant for two weeks after the tragedy. His wife, already in poor health, was so hard hit that she died soon after. For Geoffrey de Havilland there was nothing left but his work. Due to the war, British commercial aviation gambled on catching up by building the world’s first jet airline, the Comet.

The de Havilland factory went to work on 24-hour-a-day shifts to fulfill its founder’s dream of leading Britain to the new superiority in the world’s airlanes. By 1952, Comet jets were in passenger service and at once the globe seemed to shrink. Orders poured in from airlines all over the world.

Then, on the edge of triumph, de Havilland paid the penalty of pioneering. Two Comets, filled with passengers, disintegrated over the Mediterranean within 3 months. Comets everywhere were grounded. Sir Geoffrey, at 72, drove himself day and night in a meticulous search for the weakness in his planes.

Eventually, it was found to be metal fatigue caused by the stress of high-speed jet flight. An official inquiry absolved de Havilland of blame, but it cost the company at least 6 million in write-offs. Undeterred, Sir Geoffrey went into production of bigger and better jet aircraft and later of space age missiles. He continued at the helm of the organisation he founded into his 80’s.

A dynamic, hawk like figure who lived in an unpretentious house without servants, he drove himself daily to the Stag Lane factory in a baby car. Then one morning, in 1965, he died of a heart attack just after he entered his office – at the age of 83 years.

Contact Details
Open Hours
Currently CLOSED for Winter break. We'll be back up flying in September.